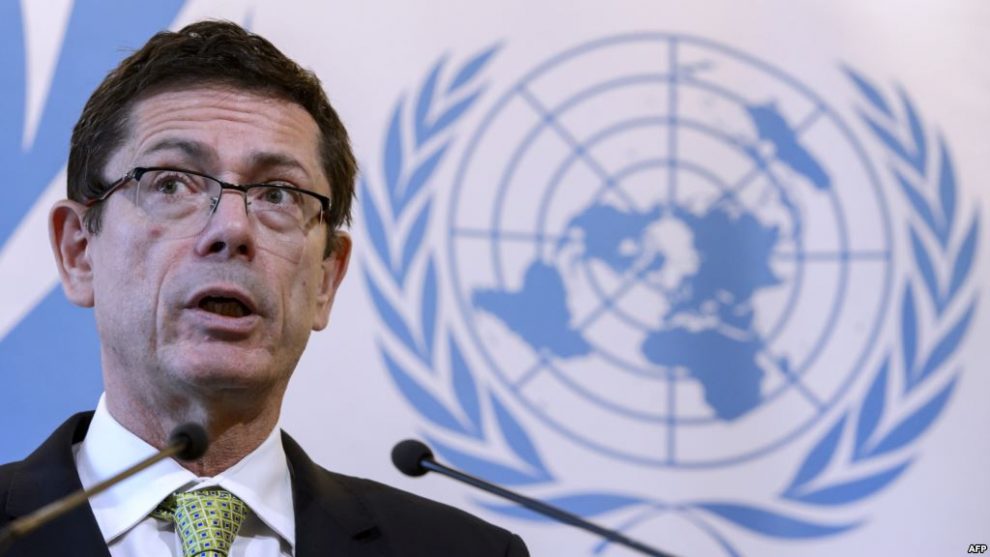 The UN has documented “hundreds of cases” of illegal detention, torture, summary executions and ill-treatment of captives both by Ukrainian government and pro-Russian armed groups in the east, Ivan Simonovic, UN assistant secretary-general for human rights, told the Times in an interview on Friday.

He said the UN documents for the first time expose the “scale and brutality” of Ukraine’s government-run torture program as well as existence of five secret detention centers.

In one case, Simonovic said, a suspect was picked up by “masked men” believed to be SBU agents. He was then repeatedly shot in the head with a Taser pistol and had his left hand, head, back and knee smashed with a hammer.

“He was forced to confess to being an armed group member on camera. Then his captors took him to the state security services where he was arrested,” the official went on.

Last Wednesday, Sir Malcolm Evans, head of the four-member delegation of the UN’s Subcommittee on Prevention of Torture (SPT) said in a statement: “This denial of access … meant that we have not been able to visit some places where we have heard numerous and serious allegations that people have been detained and where torture or ill-treatment may have occurred.”

The head of the SBU, Vasily Gritsak, has denied the allegations, saying he allowed “inspections of SBU pre-trial detention facilities,” which did not mean that “international monitors could visit local…